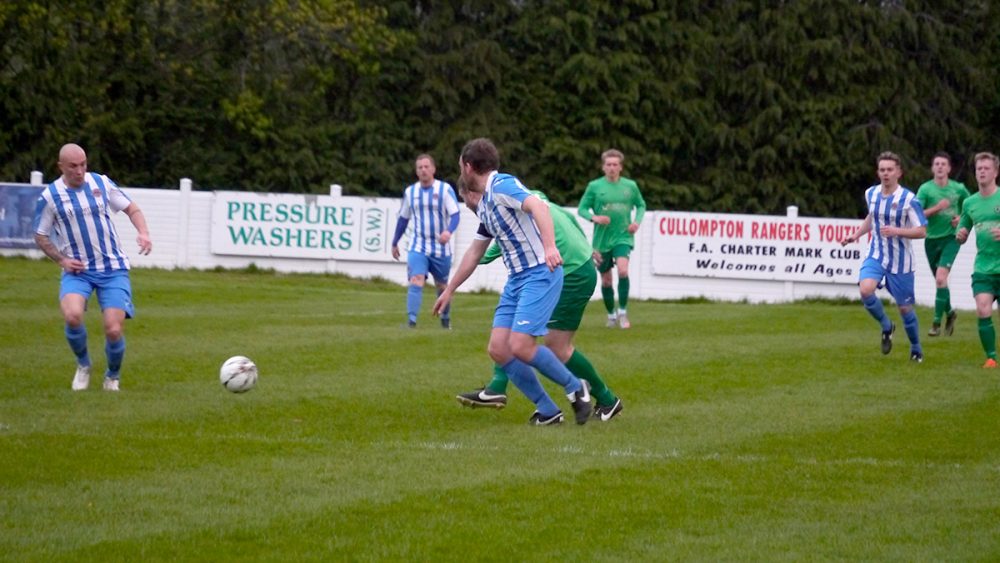 Only goal victory over Ivybridge

Rangers grounded out three points against a determined Ivybridge team on Monday night at Edenvale Park. It has to be said that both sides looked a little leg weary with so many games coming up so quickly. Rangers had the only clear cut chance of the first half when Alpha Oumor Sol set up Brandon Parsons but unfortunately he dragged his shot just wide of the near post. Defences remained on top for most of the game and you felt that the game was going to be decided by a set piece and that was to prove to be the case. Lee Riggs was fouled 30 yards out and with Greeno already having been substituted the free kick was left to Alpha who despatched his shot into the bottom corner of the net, a goal worthy of winning any match. Rangers were then pushed back as Ivybridge went in search of an equaliser but the defence, with the help of a couple of fine saves from Adam, held firm.

PS. A special word of thanks to the Ivybridge people who left their changing rooms in an immaculate condition. Our cleaning ladies were delighted.