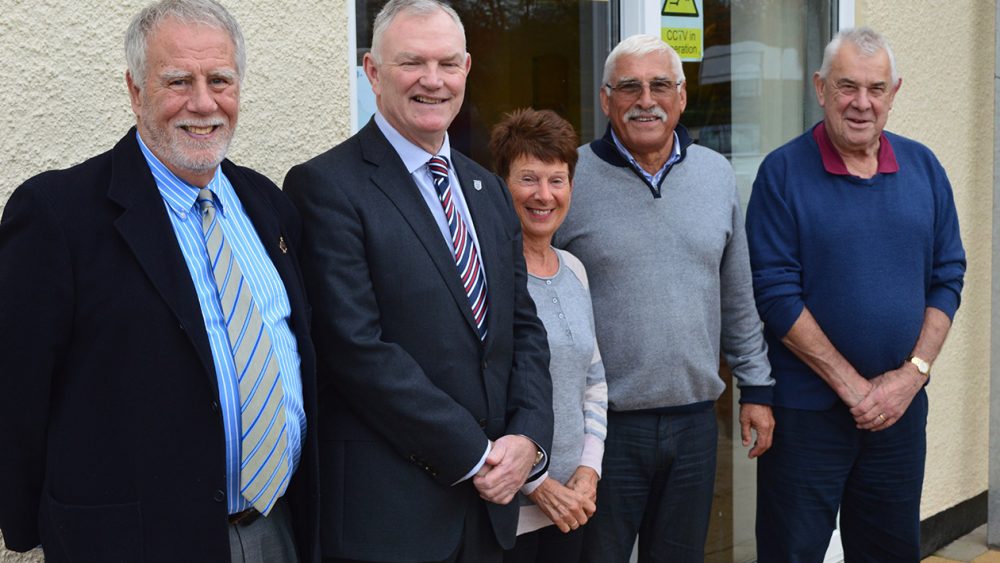 Chairman of The FA Greg Clarke called in at Cullompton Rangers on his way back to Wembley having met up with the Chief Executives of the South West’s Football Associations at Newton Abbot earlier in the day.

He wanted to see a Grass Roots Club and understand some of the problems they face. We raised the issue of Clubs not taking promotion from the Peninsula League and thereby preventing any movement up from the League to Step 5. He understood our frustration but also appreciated the problem Cornish clubs face with excessive travelling. Mr Clarke then had a Q & A session with pupils from Cullompton Community College who were eager to know who the new England manager would be.

After spending a couple of hours with us he left to perform his duties at Wembley at the Spain game. 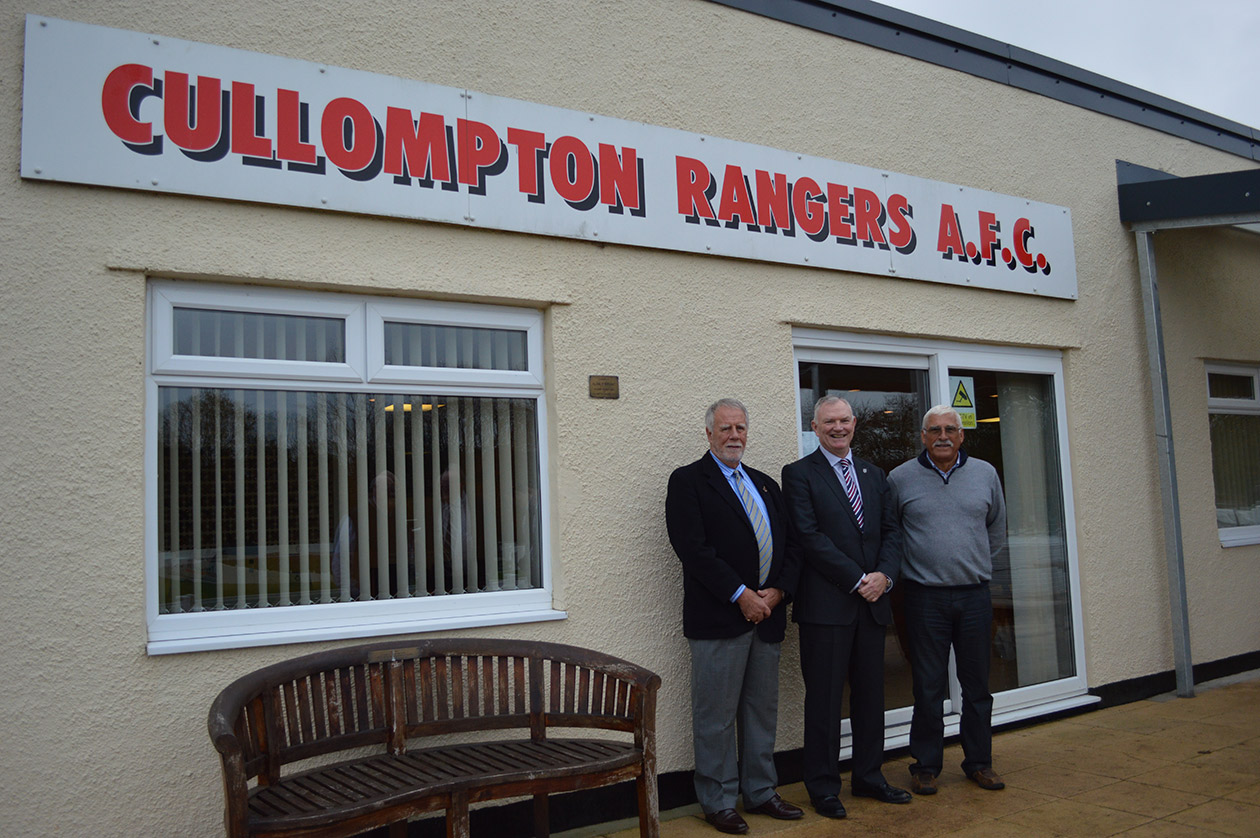 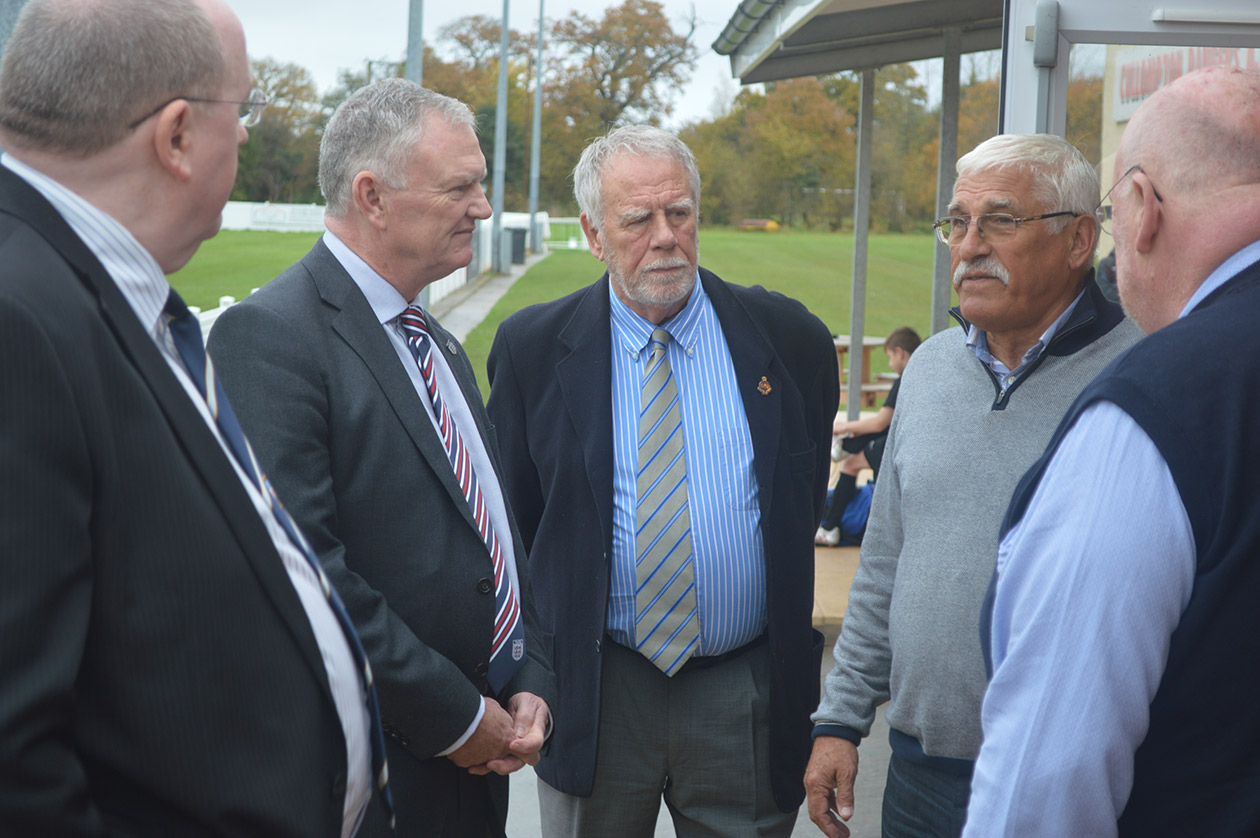